My business idea wasn’t initially born because of my disability, the idea came to me in 2008 during the recession when most companies were laying off staff and administrative professionals were usually the first employees deemed dispensable. This meant managers were often having to take on these roles having no experience of them as well as doing their own day job.

Whilst the recession took hold I landed myself a part time role within a large solicitor’s office in Aberdeen. Whilst being a legal secretary was a role I enjoyed it was frustrating as there was a team of four PA’s with work levels on days only sufficient support two.

I worked part time due to suffering from a condition called Fibromyalgia. It’s a long-term condition which whilst there continually it can relapse and remit. For most people that feeling you’re coming down with a cold for example, that’s me most days.

What was even more frustrating during that period was I knew I was heading for a relapse. During a meeting I raised the issue with the managing partner and requested that as there was insufficient work to support the team, that they make better use of their resources and allow me to come in only when necessary. Effectively I would be on call, this request was denied. I left shortly after. Being paid to do very little sounds great in theory, in practice it’s soul destroying.

It was then I started to take more of an active role in my husband’s business. Having recently studied bookkeeping with Pitman, I was trained in Sage by a bookkeeper and I took over the accounts as well as managing two senior directors. It made me realise that this was the solution to working with a disability.

Whilst my husband’s business became my “client” I then took on another client in 2010 assisting with their invoicing and the foundations of my business were formed.

In 2012 my husband returned to an employed role and it was that now or never moment, it was time to go it alone. At the same time, I was asked to do an article in PA Life Magazine and for that I had to have a business name. I had less than 48 hours to come up with something credible. Recognition to my husband who came up with the name, VAVelocity was born.

That year was one of the most nerve wracking times of my life. I was fortunate that my invoicing client came with me and it was my cushion for those first few months. I still remember my first networking meeting, a room full of women with my home designed business cards and my best suit on. Thankfully two women took me under their wings and I survived. I also survived my first client meeting. That first year was one of the biggest learning curves of my career. I took on work when it came without consideration as to whether I really wanted it.

There was one thing that I had to balance though and that was my health. I made the conscious decision not to tell people; this became a heavy burden and it went against my values of honesty, but I argued it was to protect myself and my business reputation.

There was no secret formula for finding clients, there was no prescribed way to run a business, I learnt what worked and didn’t work from my every day experiences and dare I say it mistakes. I was fortunate to have three years’ experience of running a business before I started and this stood me in good stead when it came to clients looking to grow their businesses.

In 2014 I struck gold and a client found me who is still with me today and I thoroughly enjoy being part of their business and assisting their growth and development. Being there from the start of a business to seeing what it has become is such a rewarding experience.

2014 was a golden year in many more ways. I attended a Business Gateway, Business Growth course and from what I had learnt I developed my charity and social enterprise service, offering discounted rates for registered charities and social enterprises. Launching that service at the end of the course led to my first charity client. It was my way of giving back and I still provide such a service.

2014 was also the year that I was awarded VA of Scotland, Runner Up and then I went on to win Moray Business Woman of the Year. After such hard work it was a bit of recognition which drove me forward and, at the time, nobody knew how hard I had fought and what obstacles I had overcome to get that far.

If 2014 was my golden year, then 2015 was my darkest year. Ironically personally it is my happiest as that was when my son was born. Professionally however it was the first year I faced a health emergency due to a nasty virus at the start of the year, thankfully I was only off for a few weeks and I had a rough idea who could cover my work as an associate, should one be needed. My emergency plan has been evolving ever since. It was the year in which I had to embrace associates. During my maternity leave I had kept two long term clients on. Only one made it through my maternity leave. The other client got whisked off into the sunset by my associate, which I found out through an out of office. It was a double betrayal but looking back it taught me a valuable lesson and whilst I could have pursued the legal avenues and various breaches of professional conduct with membership bodies, I decided to walk away, that’s when I knew I had made it in business. It’s that professionalism that allows you to process it, rant about it and then be the bigger person and move on.

So, whilst the start of 2016 started off in a very dark place professionally, having debated leaving it behind, that business professionalism kicked in and I picked myself up, dusted myself off and got myself back out there. As my mum always said if there’s one thing that defines Naomi, it’s her determination. I built the business back up again and knowing that I wanted to remain part time not only for my health but for my young son, I focused my efforts on building strong relationships with fellow VA’s so should I need associates I knew exactly who I could trust with my clients.

In 2017, I very nearly did need those trusted associates when a complication arose from again having a virus but this time it was much more serious, and it meant four months off work. Admittedly I lost a new client at that time but two of my longer-term clients stayed with me, as they were kept informed and were offered cover as and when they needed it so there was no business interruption. Learning from that I am now in the process of creating how to videos to further enhance my business process guides should there be a time again.

It was when I returned to work, I knew the time had come to embrace my disability. To hide it was doing a dis-service to those suffering from it and particularly the lack of support people with my condition receive, coming out in the end could only do good. I told my friends first, clients second and then the rest of my wider circles. I lost a couple of so called friends, but the overwhelming response was asking “why I had hidden it for so long” and I was truly touched by the love and support shown. My clients, once they knew about it and knew what could happen and how it could be dealt with were wonderfully supportive too knowing I had carefully put in emergency plans should something go wrong, evidence of which they had already seen.

Whilst it was a big decision to be honest and open about it, I now firmly believe it was the right decision. It raises awareness of invisible disabilities and whilst I am extremely lucky to be able to work, it shows that those that can work, however little time they can manage, there is hope out there. That experience and intelligence doesn’t have to go to waste, that you don’t have to be on the scrap heap after the job centre has declared you unemployable. Admittedly after being self employed for many years, you are more or less unemployable!!

Hope is a very powerful tool when you’re diagnosed with a condition such as mine, it can drive you forward when you’re in a very dark place and you do see the light at the end of the tunnel. The days you spend juggling a life long condition can only provide you with the skills necessary to juggle complex professional situations and the empathy with which you operate gives you a unique perspective on a client’s journey. There are days when I wish I didn’t have it and I rage against the injustice of it but then I’m only human. Given my time again I’d still be a VA doing what I do now, the Fibromyalgia just gave me the incentive to do it sooner. 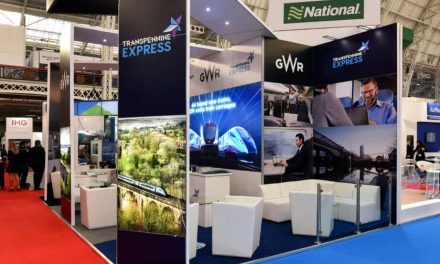 The PA Show is coming to Victoria Warehouse, Manchester

Global PA Association to Host England VA of the Year 2017