The 2017 Manchester PA of the Year Awards winners were recognised at an exclusive awards ceremony on Thursday 2nd November 2017, at Victoria Warehouse.

“We are incredibly proud to recognise the outstanding work PAs and EAs do each day and it has been wonderful to see members of the Manchester PA Network amongst this year’s winners.

As nominations grew to their highest we have seen many non-members become involved across the Greater Manchester business community. It is incredibly exciting to see how the Awards grow each year.”

Matt Johnson hosted the evening, with a special guest appearance from Manchester poet Tony Walsh who recited ‘This Is The Place’, in tribute to the victims and those affected by the Manchester Arena bombing. The evening’s entertainment was the outstanding RPJ Band.

The Awards evening also hosted a raffle, with profits benefitting The Christie Charity. The total raised for the charity was over £5000.

We are unbelievably proud of the awards this year. We had more nominations than ever before, making it extremely difficult to choose a shortlist and ultimately pick the winners.”

“The awards are an excellent opportunity for us to continue to celebrate the vital work support professionals do to help drive the success of businesses in the region.”

More information on the awards is available at www.robertwalters.co.uk/McrPAawards

For further information, please contact Jennifer Thorn on jennifer.thorn@robertwalters.com or 0161 214 7464.

Pioneer Group for the PA Industry – The 4 degrees! 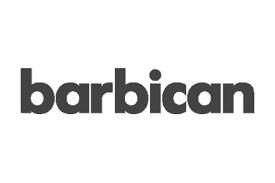