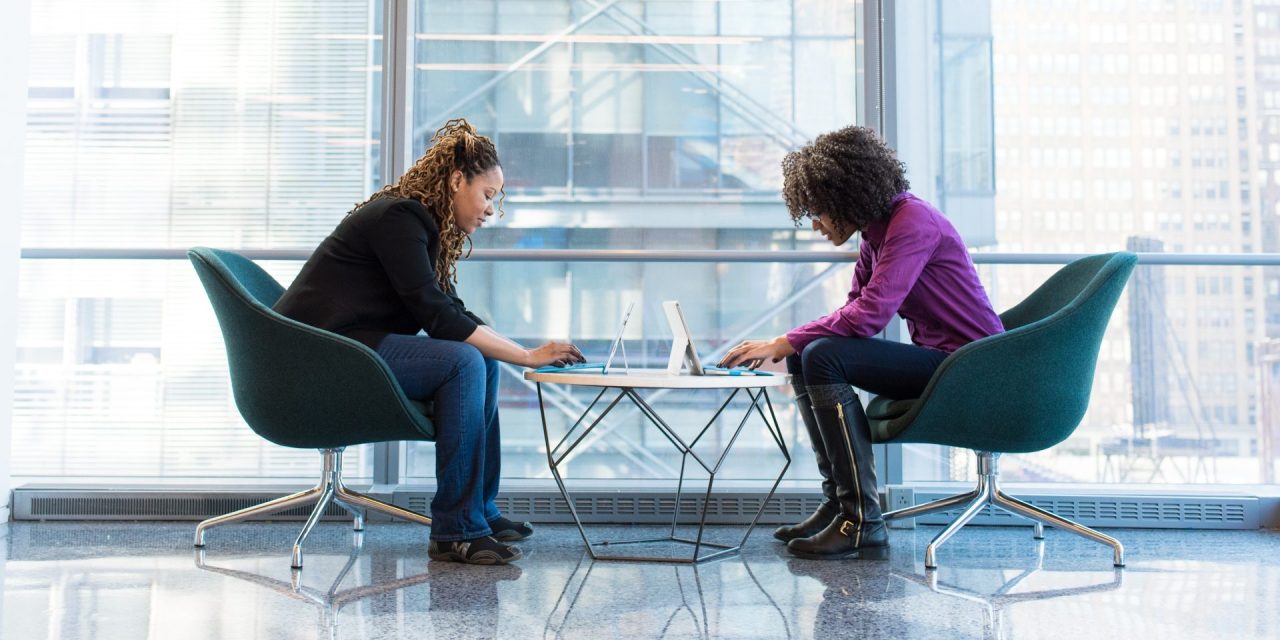 Joanne Lockwood, a Diversity & Inclusion & Belonging Specialist who also promotes transgender awareness to organisations, and her wife of 36 years Marie, on how they managed to work through Joanne’s transition and how a wiggly red line and shopping in Sainsburys have brought them together again.

So Joanne when did you know you wanted to transition?

Joanne: “The hardest person to come out to was me as I had lived in a repressed way for so many years.  The momentum just built, and I first shared with Marie who I really was in 2012 during a difficult time in our relationship.  Following on from that conversation, being trans started as a bit of a hobby where it was manageable but in a box. Marie semi-encouraged me to go to a trans-meet in the pub which felt good because I was in a space where there were other trans people and cross-dressers and I felt more real. I was allowed to explore that part of myself initially, but it increasingly became a core part of me rather than an add-on.

“In 2014 I grew a beard to try and fix myself, to try and get back to my male roots. I tried to pack away my feminine side but growing the beard refocused me and I realised identifying as a woman was who I really am.   In 2016 I told my children and then my work and then my foot was on the gas from that point onwards. Having my hair weave fitted was a milestone event that meant there was no going back and my imposter syndrome fell away.

“I have been married for 36 years, I have two great children, friends and parents and a brother who love me. I am a lucky woman.”

How was it for you Marie when Joanne first talked to you about her identity?

Marie – “I kept asking what is wrong with me and I was frightened about the impact on the children.  I doubted my marriage. In making the decision she made, Joanne in effect smashed everything we had and so we have had to rebuild in small steps.  I had to stop loving the old Joanne and learn to like and then love someone who was really completely different. Whilst I was coming to terms with it all we had something we call a wiggly red line of certain things you could talk about but I found one day something was fine to talk about and then next day it wasn’t ok.”

Joanne – “The wiggly red line was tricky because I had to work out where the red line was and it would change as we both moved from denial to acceptance. I had to learn to respect that.”

How did you make it work?

Joanne – “I often asked myself how would I feel if Marie transitioned and I freely admit I would have struggled waking up with a man every day, so I tried to give her the compassion, time and empathy that she deserved and was giving me.  I think that helped build a bridge to see things from Marie’s perspective.

“At first I was aspiring to be this person going out and about, living my life as if I was a 20-year-old woman but then I realised I am a 52-year-old Sainsbury shopper! It really helped my and Marie’s relationship when I came back to doing all the things we had always done together and when I returned to acting my age! In my case when life became more ordinary I realised the transition period was largely over and I am just me. But of course, for some that day won’t ever come because they will always be made to struggle or hide.”

Marie – “I suppose I got to a point where I realised Joanne’s identity didn’t define our relationship.”

What was the most difficult aspect of transitioning?

Joanne – “Without question, it was seeing the distress I was causing my family.  It was incredibly hard being the pain-giver to my family, whilst the very same thing was a pain-fixer for me.  The things that made me the happiest made them the saddest.  I was trying to keep the momentum going at a pace that was ok for everyone.  I wanted to push forwards fast, but I knew if I did I would leave Marie too far behind.  It was and is a journey for both of us, with plenty of changing and a lot of stalling.”

Marie – “At that time I had to cope with the loss of my husband, but I came to realise I could still keep my best friend but in a different package! I honestly blocked some of that time out of my memory and talking about it brings some of that pain back, but we are happy and now even working together, promoting trans awareness and inclusion, which is another new twist in the journey. If by talking about it all, I can help one person to feel a little less pain than I felt, then I will be so happy to have done that.”

How did your friends react?

Joanne – “People would embrace me and I think they thought it was exciting to see what I would do next, but they found it harder to have the words to take pain from Marie.”

Marie – “Most of our friends encouraged me to do what I wanted in terms of sticking with Jo, but I think all of them thought I would be divorced by now!”

What was the impact of having two women suddenly heading up the family?

Marie – “Everything changed.  I wanted to go and have my nails done and Jo wanted to have her nails done.  My space was being invaded and our roles were being confused. One thing I was clear on was my position in the family. I was mum.”

Joanne: “It was really clear that Marie was mum and I didn’t want to take that position from her and our children wanted me to be dad, which I am still proud to be, but it can make things confusing for people on the outside.

“Our children were grown up but there was still a lot of anxiety about what it meant for them and it took a while for us to work it out. For two years I wasn’t allowed to sign the birthday cards, join them at Christmas or really communicate.  It was very hard for them to see Marie in pain too. But in 2020 Covid interrupted our lives and my daughter, in particular, needed her dad more and it was like pressing play and we started to talk about how we felt and our relationship is strong now.  We go shopping together and I was able to give her away at her wedding and do a father of the bride speech. I suppose my family would rather I hadn’t transitioned but accept it now and time does heal. The longer we give it the more things fall into place.

“Ultimately we were a very traditional family. If something still needs carrying, driving, or fitting I still do it!”

Marie: “On the other hand one good thing is I have a great shopping assistant in Jo now!”

Does it get annoying being asked personal questions that you might never be asked if you were a non-transgender person – like about single sex toilets and operations, or do you feel it’s a necessary part of opening up the conversation about trans awareness?

Joanne – “I often joke I have a brain the size of the planet and have lots of experience and skills and you want to ask me about toilets! Yes I am a toilet consultant at 57 years old!  After a big keynote talk with perhaps 300 people in the audience, I was asked to hang around to discuss perspectives on inclusion and diversity with a smaller group, but toilets were what they wanted to ask me about.

“However, I am professionally trans so I suppose I invite those questions to some extent but what is important to me is talking with a lens about being marginalised and discriminated against and to authentically do that, you always need for those things to have been part of your experience too.   I don’t have a credibility gap.  I have a seat at the table.  I suppose 30% of my work is about trans awareness and 70% about inclusion and if I can give someone else inspiration to do the same or drive positive awareness, then I am doing something meaningful.”

How was it transitioning at work?

Joanne: “I had my own IT business with 20 staff and two co-directors, but I was unable to share this part of me.  I was struggling with my mental health at home and at work and not performing as well as I should so I decided to allow my co-directors to buy me out rather than face transitioning at work.  Conversely, I did have a vision, passion and need to promote trans awareness to organisations so I started my own practice specialising in inclusion and belonging, along with promoting trans awareness, and am able to use my lived experience to work all over the world as a global speaker, offering training and consultancy and talking on panels and podcasts as a visible trans person.  It is wonderful that Marie has now joined me in the business.”

What is the best advice you can offer someone transitioning?

Joanne – “Really work out if it’s necessary for you and don’t be pushed in either direction.  If you can’t live without it, know the grass won’t be greener.  Grass will be grass.  Life will be tougher but you can be you.”

Marie – “I found things got easier when we looked at things in small chunks.  Give yourself and your family time to heal and adjust.  I found loud music and drinking wine helped for a little while whilst Jo went out and about re-living her adolescence! But then we would do something else and it would go well and we would make another new memory together. Every aspect of our lives was impacted but we are doing ok now.” 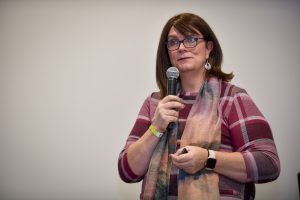 Watch the Gogglebox segment that features Joanne taking part in “The Making of Me” documentary: Goggle Box (via Facebook). 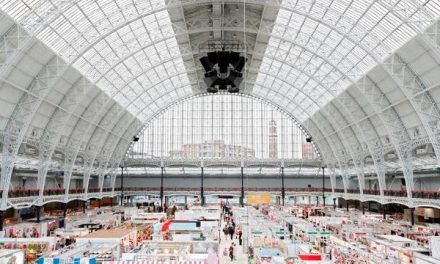