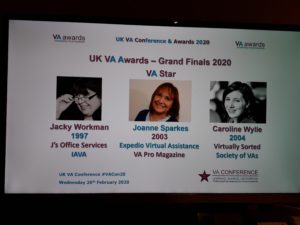 The UK VA Awards also takes the opportunity to ‘recognise’ those that have given back to the VA profession, social value, local community or society in general.

With great pleasure, may we please ask you to meet our latest VA Stars 2020 …

In 1997, with vast PA experience and extensive sales and marketing expertise, Jacky decided it was time to set up her own business as a freelance PA/bookkeeper.

Finding no support groups within the UK for the work she was providing, Jacky went on to become one of the co-founders and innovators for the first support community for Virtual Assistants in the UK, launching the IAVA (Internatonal Association of Virtual Assistants), in 2000. During her time as Chair of the IAVA, as a significant pioneer for the UK VA profession, Jacky championed setting UK VA benchmarks and standards, through their Code of Conduct, training and development programmes.

Jacky has also been a judge for the UK VA Awards since 2007.

In 2011, Jacky launched her new venture ‘Your Business Aunt’.

She specialises in data analysis and spreadsheet automation and in assisting consultants in the scientific medical industry.

“Wanting to give others the skills that I’d had to find out on my own then took on a life of its own and in 2011 I started VA Pro to hopefully provide an entertaining and informative read, with a UK angle for the business and legislation to be up to date with and a particular emphasis on continuing professional development in Office skills and technical training.”

Background in music and advertising, she worked in the creative industries for over 10 years, both in London and Glasgow.

VA fledgling industry in 2004, so she worked with a collection of Scottish VAs to educate the business community about virtual working.

It rapidly grew to include many virtual assistants from outside Scotland, which prompted a name change to the Society of Virtual Assistants in 2006. SVA provides free advice and support to both new and established VAs through its online forum and website, promoting excellence in the industry.

Other acknowledgements include:
Judge for the VA of the Year Awards 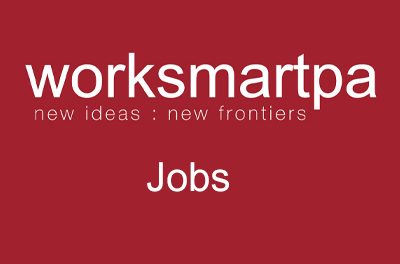