Early July saw the launch of the VA Conference for North West Virtual Assistants, organised by BeMyVA‘s 2014 North of England VA of the Year Joanne Hawkins of Executive VPA. The event was also supported by the local network of VAs, the North West VA Hub, with other previously honoured VA Award winners in attendance, including Catherine Smith of CAS Business Services (who has been in business for more than 20 years).

As part of the finale to the hugely successful two day conference programme, the VA Awards for North West England 2015 were announced by BeMyVA.com, and the winners are pictured here being presented by Joanne Hawkins.

A huge well done to all the Shortlisted, Finalists, Runner Ups and Winners – all of which are a credit to the Virtual Assistant profession with a willingness and dedication to supporting their rather happy clients!

The VA Awards in their new format are now recognised as a significantly credible achievement, supporting Continual Professional Development (CPD), and quickly becoming established as a mark of professionalism in the business and corporate world. We will have more exciting news on that in forthcoming editions.

Good luck to the Regional Winners in the next stage of the VA Awards! 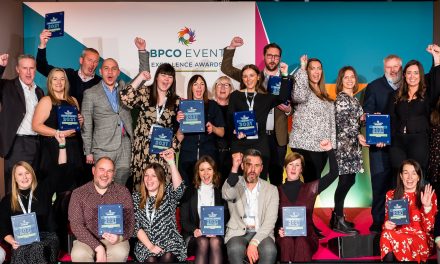 The ABPCO Festival of Learning – 2021 winners