The Business Showcase South West (BSSW) has become the single largest business event in the South West of England.

Founded in August 2013 in Bristol, the event is now biannual and uses the newly updated and expanded Ashton Gate Stadium – the largest venue in the region.

Previously, Workshops have been hosted by Google, Facebook (a first for the region) and TEDx. For this October’s event, Google are returning to deliver 2 workshops for business and for the first time, software giants XERO are putting on a workshop too.

The event’s ‘vertical’ is actually quite simple: businesses from across the South West. You may find a global brand alongside a start-up. From finance to leading venues.

As well as Workshops and Keynotes, there are 8 Seminars that take place in the Dolman Hall. These are expert-led, well-promoted and well-attended. All are ticketed and free to attend.

Keynote speakers have ranged in the past from Baroness Brady and Levi Roots, to Bev Hurley CBE and the world’s fastest man – Wing Commander Andy Green. This October’s event welcomes back the most successful winner of BBC’s The Apprentice – Mark Wright and one of the largest TEDx events in Europe – TEDxBristol – will be launching their 2019 programme, talking about ‘Passion Projects’. More speakers are being announced weekly in the build-up to the event. All remain free to attend.

Event awareness is forged in around 40 full-page stories in the region’s main newspapers and in thousands of emails, to posters on buses and much more.

There are lots of other activities for attendees – from free LinkedIn-style photos and speed networking sessions to Breakfast Networking. It’s a day-long, 360-degree networking and business development opportunity. 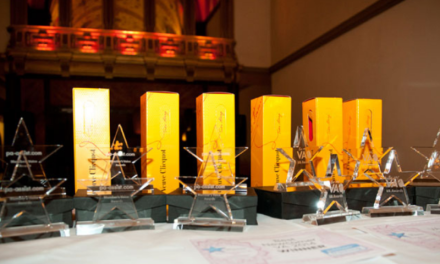 The Festival and Outdoor Events Show 2018