The rules for successful hybrid working? Ditch the rules.

If there is ONE thing we can confidently say about hybrid working… it’s that NONE of us have it all figured out. If you’re saying that you have nailed it down, kudos to you for your boldness, but I would wager that the truth is closer to this; you are still feeling your way in the dark. Learning every day. Making mistakes. Realising that what works one day doesn’t work the next. That what works for one is a disaster for another. Everyone is different. And everyone is feeling their way. Indeed it is difficult to think of a better example of the uniqueness, complexity and fickleness of every single living human. How glorious. And how infuriating.

I’ve been working with a range of organisations as they experiment with the “new normal.” Many have taken the hybrid approach, a sensible approach in my view. Some days in the office, some days at home. Some meetings in person, some online. It is an unmissable opportunity to have our cake and eat it. To get the best of both worlds.  But there is also huge potential for this to become a divisive force in an organisation. Not least when it comes to mental resilience and performance. In fact, particularly when it comes to resilience and performance. I regularly see managers and leaders at odds with their teams. That is to say, the managers think the hybrid arrangements are working well. The workforce do not agree. They either resent being “forced” into the office on certain days or they are struggling with being stuck at home alone and not feeling like they can go back into the office full time. And they are pissed off about it. And therefore unhappy. And therefore not performing at their best. In some companies this is manifesting as performance reviews, complaints and even law-suits. Nobody is winning here.

Not to brag, but I think I’ve worked out what the underlying cause is for ALL these issues. I think it’s got a lot to do with RULES.  Too many of them, too contradictory, too ambiguous. And they are therefore causing disorientation, disempowerment and distrust.

But before I criticise all these rule-loving organisations, let’s examine why we even have rules in the first place.  What purpose do they serve?

WHEN RULES ARE USEFUL

Rules, procedures and policy exist for one main reason. To ensure consistency. It was borne out of the industrial revolution, so I’ve read, to ensure that companies could guarantee that manufacturing products were identical. Being consistent is great for brand image and reputation plus is it immensely reassuring for bosses when they know that everyone in the company is producing the same result without having someone standing over them. You might call it a force multiplier – one rule creates multiple identical results.

My experience of rules was from my time in the military. There was a LOT of them. And in the world of high risk military operations, rules have the distinct advantage of keeping people safe. I’ve heard organisations such as the military also referred to as “High Reliability Organisations” and it makes sense; it is crucial that commanders can assure the safety of their people, so far as is practicable in a war zone, and the best chance they have of providing that assurance is by training their people so that they know EXACTLY what to do when the bullets are flying.

In sum, rules gives organisations, particularly large and dispersed ones, the means to ensure a consistent output and, in high risk environments, to keep their people safe. You can see why big organisations love rules.

AND WHEN THEY ARE NOT….

However, time and time again in my military career and in other large companies I have worked with since, I see rules replacing critical thinking. Why is that? Well, if you’ve read my previous blogs you’ll know that our brains our fabulous, but ultimately lazy. They like to expend as little energy as possible to keep us alive, which means where it is possible to delegate or even abdicate conscious deliberation or judgement, the brain will prefer this option. Not only is this less energy consuming, it’s less scary. For if we apply critical thinking to something rather than just blindly following rules, and subsequently things don’t go as well as we’d have liked, we now have the terrifying possibility that it was OUR fault. So whilst rules are great for enabling consistency they can also create a comfort blanket to hide behind and avoid using personal judgement. I’ve lost count of how many man hours were wasted during my military career by endlessly trawling the rules for the ANSWER to a question, when a good old fashioned brainstorming session would have yielded better and faster results.

How does this bear out in the post-COVID hybrid environment? By prescribing exactly what hybrid should look like for everyone in an organisation. For example, “Work from home for 2 days, be in the office for 3 days”. Or “When you attend online meetings, you must have your camera ON”. I can see the good intention behind these rules. If everyone follows the same rules then it must be fair. And it can also be helpful for signposting what a company determines as good behaviour. But what if one person actually needs to be in the office 4 days that week because they are collaborating on a project? Or what if they just want the company of other people? What if you’ve had 5 back-to-back online meetings and your eyes are bleeding from staring at the screen (and having 20 dead-eyed people stare back at you?). The risk is, if the rules are there, people will often follow them even when it does more harm than good.

And because they are following someone else’s rules, it will be someone else’s fault when their performance or resilience nose-dives. I’ve said this time and time again, and I’ll say it again. You can’t GIVE resilience or performance to people. You can only create the conditions for people to work out how THEY can improve and maintain their own standards of performance and resilience. So when you take away responsibility from people, you take away their greatest tool for self-care and self-regulation. They will feel miserable and they will blame you. And it will hit you where it hurts. The company profits.

What are the rules for having rules….?

I understand the irony of this question, especially as I just had a pop at the rules earlier for being too complex. So I’m going to keep this simple.

HAVE AS FEW AS POSSIBLE

If you want to navigate the post-COVID hybrid space successfully one of the best things you could do is release yourself of the requirement to have EVERYTHING figured out and prescribed. This is less exhausting for you and better for the workforce for all the reasons I have stated above. Review what rules and procedures you have in place right now. And then work out which ones you could get rid of or have more flexibility on. Start with the ones that are doing more harm than good.  That are taking away the requirement for people to think for themselves with little appreciable benefit. Go find them and get rid of them.

MAKE THEM AS CLEAR AS POSSIBLE

If you are going to have rules make them as clear and unambiguous as you can.  The more complex or contradictory the more likely people are to interpret them differently. When they interpret them differently this immediately removes one of the benefits of rules in the first place – ie promoting fairness. Even worse, it can create a false sense of assurance. For example, a manager may decide to reduce the levels of supervision or guidance required for a certain task because they believe that everyone is following the procedures in exactly the same way. (ie one rules creates multiple identical results) They will therefore remain blissfully unaware whilst everyone else does their own thing. At best this can end up being quite embarrassing for a company, at worst it is downright dangerous.  So if you are going to have rules makes them very clear. And of course the less rules you have the less chance there is of them being contradictory.

Whilst COVID has undoubtedly created challenges for many, there have been some clear advantages. A lot of people have had a taste of far more freedom recently. They were freed from the requirement to waste 3 hours of their day sitting on a stuffy train every morning. They were able to plan their day around every school drop and pick up. And they got used to spending their afternoons walking the dog. The upshot is, people now feel entitled to choose how they manage their time.  So they won’t appreciate a whole load of rules that remove their previous privileges.

But you’ve got a business to run. And it is perfectly reasonable that you are going to ask your team to do things they don’t want to do. You’re not running a day-spa for them and nor should you.

So how to do this when people now feel entitled to have their hair extensions done during your quarterly meeting? Simple – where you take away choice, you give contribution. That is to say, if you can’t give people free rein, then explain the value they are bringing by sacrificing that freedom. I know this works because I spent 20 years the military giving and receiving orders that could literally be sending people to their death. And we did it. We followed orders. Why? For the same reason people generally don’t quibble with a 20mph speed limit around schools.  Because we believed we were making a valuable contribution – we were keeping our country safe. We were making the world a better place.

So if you’re going to establish a rule that everyone has to work on a Friday then explain to them WHY it is so important and why THEIR contribution makes the difference. Explain to them the value they are adding by sacrificing their choices to follow your rules.

Most of us are still feeling our way out of COVID and into the new “normal”.   This is a “test and adjust” period. So whilst it is comforting and somewhat natural to encourage standardisation across an organisation, I would highly recommend a more open-minded and flexible approach where possible.  This is not only going to be helpful in establishing optimal hybrid working practices, I think it is the best way to create a high performing and resilient workforce. The less rules they have to follow, the more they will think for themselves. And the more they think for themselves the more they will realise that they are capable and worthy of finding their own answers.  And that, in my opinion, is one of the most important roles of a leader as we emerge from COVID; to help others find their own way. 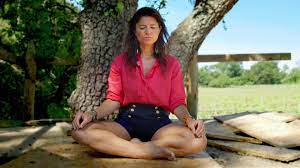 Author: Sarah Furness – Founder of of Well Be It